To Lone Yakuza and other angry Asian men, there is change going on in the world: 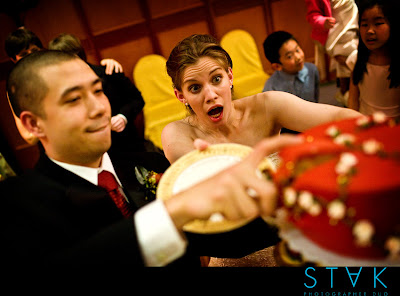 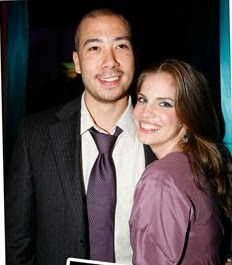 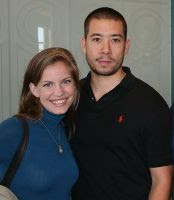 Way to make us feel really, really old. Anna Chlumsky, who unforgettably played the protagonist in 1991's "My Girl," is pregnant. People magazine reports that the 32-year-old "Veep" actress confirmed she was expecting her first child with husband Shaun So, whom she married in 2008.

"I'm feeling pretty good so far. I was really lucky -- I did not have any morning sickness which was great because I was working," Chlumsky told the magazine.

No word yet on whether onscreen "best friend" Macaulay Culkin has pulled out his child glasses and is sobbing quietly in a corner somewhere.

Her husband is Chinese American....
Top

Dam, it's not what you know it's who you know. The rich marry each other and keep it in the family. China is the new cash cow, ordinary citizens will live like serfs while an upper class of corrupt officials and select foreigners will live it up. Jews are taking Chinese brides and raising them as rabid Hebrews, proving once again the rules of their disgusting cult are negotiable, because it is only supposed to go through the mother. Ironically most of the East-Asians who get White brides (usually from Russia) are the dirt poor Chinese or North Koreans with no opportunities at home, who venture north as legal or illegal workers. I feel sorry for those women. We live in a funny world where sweet virgin girls have no choice but to marry some local loser or are sold via dating services to some scumbag overseas, while good men in other more developed locations who would kill for women like these are stuck with unfeminine skanks, gold diggers and land whales which are the furthest thing from "marriage material", but are too ashamed to venture outside of their borders to seek a real woman.

Apparently Al Gore's daughter married a Rothschild and the other one married a Chinese businessman. He looks "thrilled". She was a really cute kid & still looks great ,... Her hubby is good looking too ... some asian guys are smoking hot this is nothing new zboy

- It's easy to give, when you know what it's like to have nothing. -

- Develop a backbone, not a wishbone. -
Top

White women and real "altruistic" Chinese women (f.uck it: let's include the ABC's too) are go[-ld]-getters. See how that works?
"I appreciate the opportunities I have in America. Opportunities that allow me to live abroad." **Smiles** - Have2Fly@H.A. (2013)

"MGTOW resilience is the key to foreign residence. You better muthafuckin' ask somebody!!"
- E. Irizarry (2012)