If Palestinians Win, What will They Do with the Jews?

If Palestinians Win, What will They Do with the Jews?

This was my article which was taken down by the Quora team for "disparaging". I would like to keep it here as part of Middle Eastern politics discussion.

If Palestinians will win, will they kill all the Jews in Israel/Palestine?

Their main plan seems to be mainly to send the Jews “ back” to what Palestinians see as the Jews’ “countries of origin” even if they were born in Israel and so were their parents. The exception is those Jews who were there before 1947. These can stay and become Palestinians.

The more extreme of Palestinians want all Jews either killed by knives, bullets or drowned in the sea.

They won’t “ win”, though. Too disunited and not as educated, with not so much support. They do not have the technology nor are they capable of creating a top of the notch war machine to win. Where will they get the highly sophisticated weaponry to counteract the Israeli one? From Iran? Not good enough.

They are not winning demographically, either, because the Hasidim are making more kids than they are.

But hypothetically, let’s say they win. What do you mean exactly by “win?” Overwhelm the IDF? Let’s say, through some miracle they do. How are they going to overcome the civilian Jews who are armed to the teeth and trained to the last one? Six million highly trained war-hardened people?

But let’s say they manage and then, they crowd the Jews into camps. First, they will try to do what they always wanted to do: send the Jews to the so-called “ countries of origin”.

With most Jews being native to Israel and being citizens of Israel, “the country of origin” becomes a fuzzy term. Israel/Judea/Palestine is their country of origin according to the countries which had kicked them out to begin with. How are they going to explain, to say, Poland, that Poland is a Jewish country of origin? Poland does not think so.

But say, Palestinians really insist on sending the Jews to the last countries of exile that their ancestors had been kicked out of and sent back to Palestine from. Those countries will have to consent to take them in. Again?

The Palestinians can’t just “ send” them. Say, Russia, Ukraine, Iraq and Morocco will be asked to take these citizens of Israel “ back”. These countries most probably will not agree to that. The Jews are not legally eligible to be accepted there, plus, it’s going to be expensive for them to feed and resettle these millions. And even if they agree, it will be expensive travel. Who will pay for six million tickets?

Oh, but since some Palestinians claim that the Jews are Khazars, they will have to send them to Khazaria. No such country exists, though. In its place, you have S. Russia and Azerbaijan. Will they be calling the government in Baku and asking it to take the Jews back?

So, then, failing to secure visas for the Jews, they will probably move on to Plan B and start pushing the Jews into the sea. How are they going to be doing it? With bulldozers? Pushing six million Jews who are living in Israel into the sea? The Jews will overcome those bulldozer drivers with krav maga.

Or are they going to be pushing them with hands?

Maybe they will mow them down with machine guns? The six-plus million Jews? Where are they going to get the bullets? That’s a lot of people to kill. Will they build death camps with Zyclone B?

Note that all that will be happening with Israel being occupied by Palestinians. The economy will grind to a halt, there will be no electricity, no gas, no water probably. Disruptions in food supply. According to the international laws on occupation, the occupying party has to be feeding the occupied party.

And few to no other countries will be helping the Palestinians in this endeavor because it will make America angry. And they have contracts with America and many are getting American aid.

And then, if the massacre begins, you will have America on the Israeli soil within minutes with modern troops and weapons and it will stop it right there. Or just precision-bomb the Palestinians from the air. If Americans went into a war for Kuwait, imagine what they will do for Israel.

They are basically unneeded Arabs and human garbage to other Arabs. Which leaves only one alternative: elect leaders who recognize Israel. Then build their own state on West Bank and in Gaza. Reject “the river to the sea” model and live side by side with Israel.
A brain is a terrible thing to wash!
Top 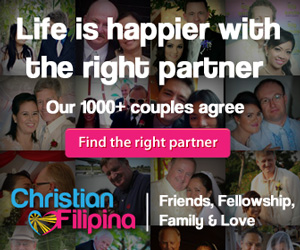 Re: If Palestinians Win, What will They Do with the Jews?

ladislav wrote: ↑
November 18th, 2021, 6:47 am
If Palestinians will win, will they kill all the Jews in Israel/Palestine?

I'm not optimistic. Unfortunately most will likely become refugees while the elite will decamp with their bags of gold to the appropriate host countries crying "Oi ze poisecution", buy off the leadership, ensconce themselves in advantageous positions, behave themselves for a generation or so and then the looting will begin. Same old same old.

As far as killing millions of people go, how to do this should be written into your genetics. The primitive version practised by your NKVD brethren was to intern them on some pretext, lead them one by one into a sound-proofed room, shoot them in the head, throw them down a chute into a vehicle and deposit the bodies in the appropriate wooded area. A few million bullets is of course nothing. The slightly more ambitious version is for your quack medical establishment to make up some ridiculous disease and proffer a lethal injection as the treatment while writing off the people they are murdering as victims of the disease, as is quite popular at the moment. Pretty obvious really, but I guess it takes clever people like you Jews to think of the obvious.
Final Version Christianity
Top
Post Reply
2 posts • Page 1 of 1