2014 barely advertised movie about journalist Gary Webb who uncovered that the CIA created the crack epidemic of the 1980s and published the three-part article "Dark Alliance" in 1996. But his paper betrayed him after the story received nationwide attention and then he suddenly committed suicide by 2 shots in the back of the head.
https://en.wikipedia.org/wiki/Gary_Webb


https://archive.org/details/Gary_Webb2 wrote:
Gary Webb, the Pulitzer prize-winning reporter who broke the story of the CIA's involvement in the importation of cocaine into the U.S., died December 10, 2004, reportedly from self-inflicted gunshots to the head.

It was a tragic end to a brilliant, and tragic, career.

In August 1996, the San Jose Mercury News published Webb's 20,000 word, three-part series entitled Dark Alliance. The articles detailed the nexus between a California coke kingpin, CIA officials and assets and the Nicaraguan Contra army, whose funding had been cut off by an act of Congress in the mid-80s. Webb found evidence that the CIA had direct contact with the smugglers, knew the proceeds were going to fund the murderous Contras, and tried to cover it up when other law enforcement agencies began investigating. The most troubling aspect to the story was that the central player was no ordinary drug lord. He was the man many credit for popularizing crack, the highly addictive, smoke-able form of cocaine.

For many African-Americans, the story smacked of a grand conspiracy to destroy the black community. There were rallies in Watts and Compton, and heated discussions on black media across the country. Members of the Congressional Black Caucus called for a federal investigation. In November 1996, CIA director John Deutch appeared at Locke High School in South Central Los Angeles to personally answer to the allegations. He was met with loud jeers. It was a PR disaster.

But it was Webb who found himself on the ropes. Ironically, the CIA did little to publicly counter his allegations. Instead, the media did its dirty work for them, most notably the Los Angeles Times and the Washington Post. The mainstream media accused Webb of exaggerating his findings.

For Webb, the most confounding part of the whole affair was that he ended up being accused of making allegations he never made (specifically that the CIA-crack connection was part of a larger, genocidal plot to kill off black people. Webb never made that claim) though he noted in his book, "Dark Alliance: The CIA, the Contras, and the Crack Cocaine Explosion," the inherent racism in a covert policy that reaped so much destruction on such a vulnerable segment of society.

He wrote, "Dark Alliance does not propound a conspiracy theory; there is nothing theoretical about history. In this case, it is undeniable that a wildly successful conspiracy to import cocaine existed for many years, and that innumerable American citizens (most of them poor and black) paid an enormous price as a result. This book was written for them, so that they may know upon what altars their communities were sacrificed."

The fact is by 1996 it was common knowledge in the so-called alternative media that there were connections between the Contras, the Agency and drugs. In 1988, a Senate subcommittee investigation headed by Sen. John Kerry concluded the links were there. Oliver North's own diary noted, "$14 million to buy arms for the Contras came from drugs."

Nevertheless, Webb's editors at the Mercury News hung him out to dry, without ever providing any evidence that any of his reporting was wrong. He was reassigned, then forced out. Webb went on to work as an investigator for the state of California, penning a report on racial profiling by state police. More recently, he landed a reporting job at a Sacramento newspaper.

In honor of Webb's legacy of 'authentic journalism,' GNN presents this exclusive interview, in which Webb discusses Dark Alliance, the media maelstrom, and the story's historical importance.

The video was produced by a team of GNN's video students at the School of Authentic Journalism 2002 seminar in Merida, Mexico.


The Central intelligence Agency is the government's most controversial branch-with a controversial mission to match. This clandestine mission to match. This clandestine organization'' secret methods and undefined goals have been the topic of much speculation…until now! Inside the CIA: On Company Business is a long and penetrating look inside one of the world's most powerful secret organizations. This long suppressed, award-winning tape shows you the CIA of today and its role in the political intrigues of the recent past.

The cocaine trade of the '70s and '80s had an indelible impact on contemporary Miami. Smugglers and distributors forever changed a once-sleepy retirement community into one of the world's most glamorous hot spots, the epicenter of a $20 billion annual business fed by Colombia's Medellin cartel. By the early '80s, Miami's tripled homicide rate had made it the murder capital of the country, for which a TIME cover story dubbed the city "Paradise Lost." 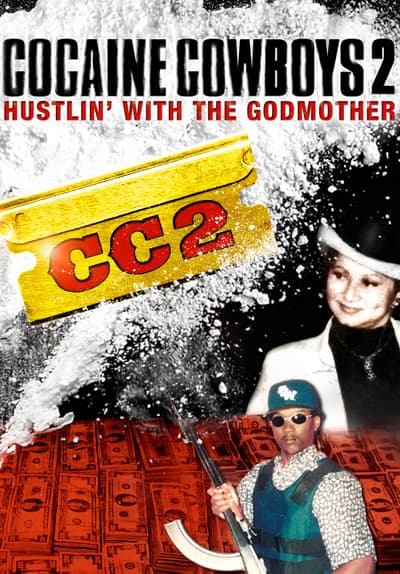