Why Pearl Harbor was planned & provoked by FDR

Why Pearl Harbor was planned & provoked by FDR

Most Truthers know that the Pearl Harbor attack was allowed to happen by President Franklin Roosevelt, who knew of it in advance, because he needed an event that would make the American people agree to enter World War 2. FDR knew that sinking another passenger liner like the Lusitania was not enough. So he decided that having the enemy sink an entire fleet of US ships was the only way. So he deliberately planned and staged the Pearl Harbor attack too. First he issued an oil embargo against Japan, which was in China to stop Communism there (besides its imperialistic aims), and an ultimatum that choked Japan to death and left them no choice but to attack. By cutting supplies to Japan, Japan either had to pull out of China and let the Communists take over (which was what America seemed to want) or else choke to death from lack of oil. Japan could not accept either so they had no choice but to attack the US fleet in advance. FDR knew all this of course and wanted to incite them.

What most Americans don't know is that the US fleet was not supposed to be at Pearl Harbor. It was abnormal and illogical for the fleet to be there. There was no good reason. It was normally stationed in San Diego where it was safe and no surprise attack was possible. But then suddenly FDR ordered the US fleet to Pearl Harbor to "help stop Japanese aggression" which it failed to do, but in fact did the opposite. Admiral Richardson of the US Navy got furious and went to Washington DC to protest and tell FDR a long list of reasons why this was a horrible tactical decision, which included:

1) The US fleet at Pearl Harbor was very vulnerable. It was open to a surprise attack on all sides from a 360 angle. And not very defensible.
2) The US fleet there was lined up in the harbor there like sardine cans and easy to sink in an attack.
3) It would make it difficult for the navy to send supplies to the US fleet because Hawaii was so far away. The navy would need to constantly send cargo ships to supply the fleet.
4) It would destroy the moral of the sailors to separate them from their families for no reason.
5) 30 percent of Hawaii's population were Japanese, so the fleet would be vulnerable to sabotage too, by Japanese patriots.

But FDR ignored all this and fired Admiral Richardson and replaced him with Admiral Kimmel instead. FDR knew what he was doing. There was no logical reason to put the US fleet in Pearl Harbor except only one: To goad the Japanese into attacking it and sinking it so the US would have the excuse they needed to go to war against Japan and Germany. That's the only explanation that makes perfect sense. So it was not due to incompetency at all. It was all deliberate and planned.

Plus they had already broken the Japanese code at the time so they knew everything the Japanese navy was doing and especially knew that they were gonna attack Pearl Harbor and were anxiously hoping for it.

Another thing that most Americans don't know is that Japan wasn't just in China for conquest. It was there to keep China from falling into Communism as well, which would have meant the slaughter of millions, as had happened during the Bolshevik Revolution in Russia. If that happened, then China would become a danger to Japan, so they felt they needed to help put a stop to it before China succumbed to Communism. So Japan had a noble cause too. Yet Americans are never told this. It seemed the US and Zionists had no tolerance for fascist regimes like the Axis powers, but they had unlimited tolerance for Soviet Communist aggression into China and Eastern Europe, as if they wanted that to happen and it was part of their NWO plan for world government.

James Perloff explains it all in his blog and interviews below. It's very informative and the evidence is overwhelming and leads to no other conclusion.

Great quotes about why Japan was forced into the attack on Pearl Harbor and therefore not to blame, thus America was never truly forced into WW2. 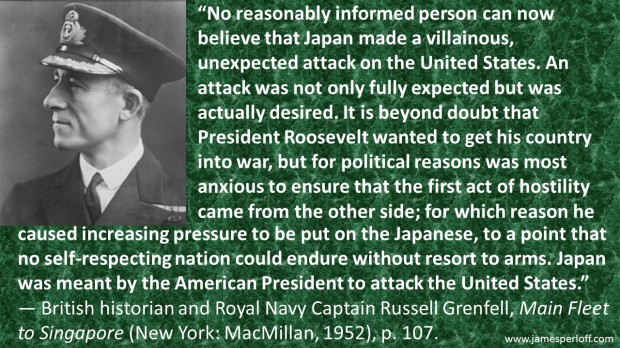 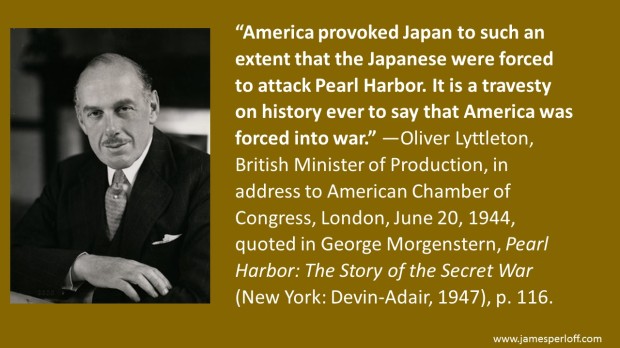 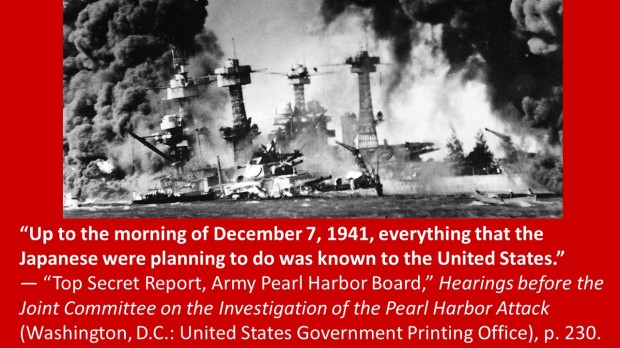 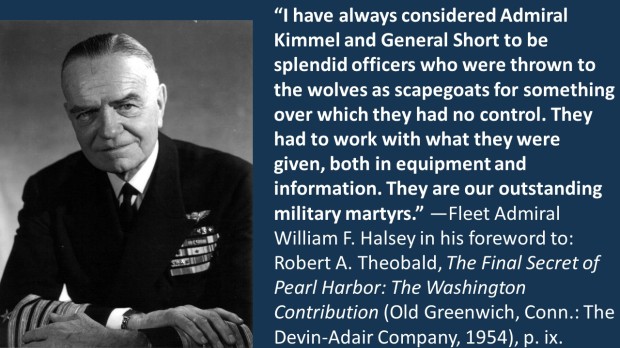 Gen. Walter C. Short, U.S. Army commander at Pearl Harbor, testifies that he did exactly as he was told, otherwise he could have taken measures to prevent the attack on Pearl Harbor:

I think something similar has been happening for a while now with North Korea. The difference is NK knows it can't win so probably won't strike first no matter what, while Japan thought it could win and struck. The US will eventually strike NK if it doesn't collapse soon enough on it's own.
Top

James Perloff explains in his blog below how FDR engineered the pearl harbor attack, which was no surprise to him at all.

Re: Why Pearl Harbor was planned & provoked by FDR

Wow check this out. The BBC made a documentary in 1989 exposing FDR's foreknowledge and staging of Pearl Harbor, when the BBC was freer to expose the truth than it is now. It's called "Sacrifice at Pearl Harbor". Here it is on YouTube.

"It takes far less effort to find and move to the society that has what you want than it does to try to reconstruct an existing society to match your standards." - Harry Browne
Top
Post Reply
5 posts • Page 1 of 1