My Loud snoring/Sleep apnea problem - What to do? Do I need a CPAP machine?

Winston wrote: ↑
November 4th, 2020, 8:45 pm
Btw bad news again. Last night i could not sleep at all. The stomachache happened again and lasted 6 hours. I tried every stomach remedy i had. Nothing worked. I couldn't sleep til morning and could not use CPAP.

Im pretty sure the CPAP causes it because when i don't use CPAP my stomach doesnt ache like that. However it doesnt make sense because if i had aerophagia the bloating would stop after i turned off the CPAP after waking up. However the strange part is that when I wake up i feel great and well rested. No stomachache. The stomachache doesnt happen until 6 to 12 hours later. Yesterday it didnt happen until 14 hours later. I thought it wouldnt happen at all and was relieved. But unfortunately it came 14 hrs later.

This makes no sense. Why would a cause and effect be delayed 14 hours like that? Yet im sure there has to be a connection because it only happens after i use CPAP. Also the stomachache is unusual because it doesnt respond to any treatment, not alka seltzer, not pepto bismol, not baking soda, not fiber capsules, not gas x, not the best Japanese stomach powder and tablets. Nothing. And it also happens on an empty stomach too. So its not caused by food.

This is a very mysterious and inconsistent stomach ache. It seems connected to CPAP. However i dont get why a stomach ache would be caused by something 6 to 12 hours prior. Usually something that causes a stomachache causes it right away in minutes. 14 hr delay in cause and effect is unusual.

Im not sure how i can continue CPAP therapy, even though its giving me great quality sleep and making me feel well rested and alert, if the price of it is that i have to suffer a 5 to 6 hour stomach ache everyday which cant be alleviated by any medicine or treatment and persistent and long. That really sucks. When a stomachache goes for 5 or 6 hours it feels like forever. Time slows down too. Feels endless. Can't think or type either. I kept yelling and lecturing my stomach "stop it! Theres no logical reason for u to be hurting! Dick!"

Perhaps the CPAP causes a small imbalance in my stomach which causes a chain reaction of events that doesn't manifest until hours later, or half a day later in my case? Even if that's so, it's still odd and unusual because stomachaches usually happen fast, not after a 12 hour delay.

What do you think @HouseMD?

My theory is that the universe does not like u to solve problems u are meant to have. So if u solve one problem another comes up to take its place. Because u are not meant to be problem free. Could be karma too. If its your karma to suffer a health problem and u avoid it, it will manifest in another form because u cant escape your karma.

You see, we live in a matrix ruled by a demiurge (look up Gnosticism or the Cathars of France, who were genocided by the Catholic church). The demiurge requires all of us to have our fair share of suffering. Thats why we all have our fair share of suffering. Its the price we pay for existence. Kind of like a tax or rental fee we pay to exist in this universe and be alive. The demiurge and its archons feed and parasite our suffering and pain and negative emotions. Its sustenance for them. (This is mentioned in the Carlos Castenada books too)

Therefore if u get rid of some of your suffering, other kinds of suffering will arise to take its place. Because u arent meant to live without some sort of suffering. A classic example is when a poor person becomes rich, and no longer has money problems, he or she will suddenly have problems in another area, such as health problems, mental problems, family problems, relationship problems, tragedy or terminal illness in his family, etc.

Im sure youve all seen that happen before, either in your life or others. Its a form of Murphy's law or just the universe balancing itself or making sure you dont get more than what u deserve. Or its a tradeoff, in that for every gain u get u gotta give up something as a cost in order preserve the balance. The universe has to balance everything so that it doesnt collapse or blow up.

Anyway i know that sounds kinda woo woo and metaphysical. But if u are a person who believes in a higher power and not an atheist, it does make some sense if u think about it for a while. Its definitely a possibility, especially in cases where things are mysterious and unexplained.

Another theory is that the CPAP causes an imbalance in my internal organs or stomach. But that imbalance doesnt manifest for 6 to 12 hours for some reason. Maybe slow effect.

No clue. Could be swallowing air that ends up causing pain as it passes through your small intestine but the whole thing is weird. I don't like to dig into actual physical complaints like this without a full history and physical as there's about a million causes of stomach pain and some are benign while others are deadly
Top

Who wants an implant in your body that has a battery in it? lol

How to stop snoring and sleep apnea.

What's your take on this:

Hi folks,
I have a little problem. Every few days I can't sleep with the CPAP mask on, even though it's comfortable with nasal pillow. Because with the hose attached to my face, I find it hard to toss and turn right and left while in bed, because the hose from the mask seems hard to stretch, it's like a tight rubber band that makes movement feel inhibited and restricted.

As a result, I have to take a break from CPAP once or twice a week, because some nights I feel so tired that I can't tolerate not being able to turn left and right in bed at will. On some nights I can't even fall asleep with the mask on, even if I take a tablet of melatonin. That's a pity, but happens sometimes.

Do any of you have this problem too? If so, how have you dealt with it? What I mean is, after a while, you miss the freedom of being in bed with no mask on so you can turn left or right at will. You know what I mean? Sometimes you miss that freedom of movement too much that you have to take off the mask and just sleep on your side to reduce the OSA.

On ebay I saw some masks where the hose is on TOP of the head gear, right above your head, not right under the nasal pillow like most masks are. Do you think that may be better for movement of your head turning left and right in bed?

Also ebay CPAP masks are cheaper. Do any of you get your masks from there? Is it ok to do so? Is the quality of them ok in your experience, as long as the seller has high ratings? Any experiences with this?

Thanks in advance for any suggestions.

Btw, here's a photo of one of the CPAP masks I saw on ebay that has the hose at the top of your head, which may make turning left and right easier. The only thing is that the hose may get under your ear sometimes when you toss and turn. What do you all think? Is this type of mask better for tossing and turning? 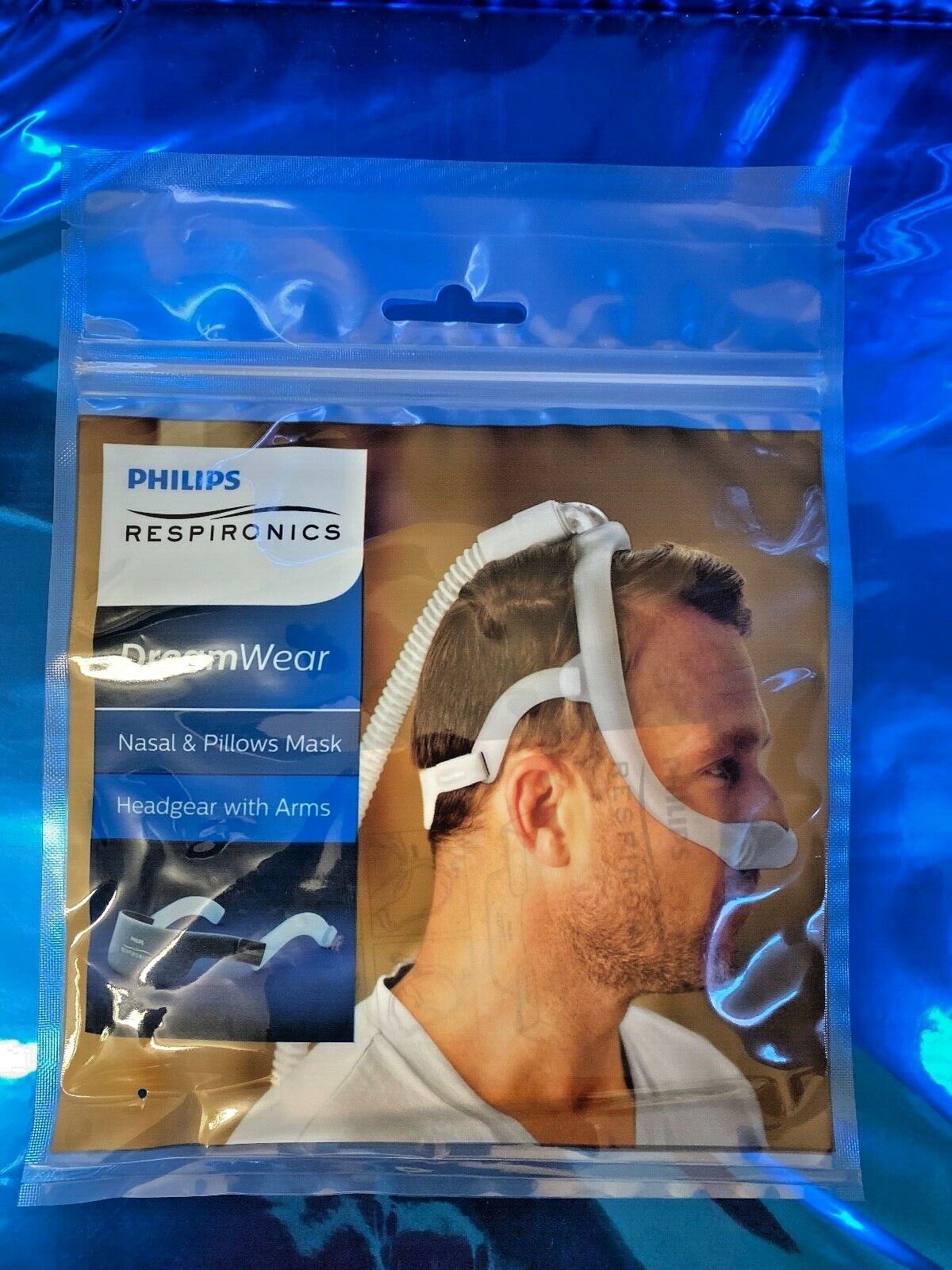 "It takes far less effort to find and move to the society that has what you want than it does to try to reconstruct an existing society to match your standards." - Harry Browne
Top
Post Reply
200 posts

Return to “Self-Improvement and Motivational Psychology”