Should you even Learn that Foreign Language?

I've found that reading is the best skill to acquire as I can read road signs and bus timetables.

As an introvert I've no need to talk to people.
I was Happier Abroad for a while but Covid killed that off.
Fed up with being foreveralone.jpg? Check out my comprehensive directory of dating sites.
Love Chinese girls? Read my complete guide to Chinese dating.
Top

@ Shemp; the languages I'm practicing most are Spanish and Russian. Had a dabble with Greek because of curiosity about the writing system. My French is pretty rubbish now because it hasn't been practiced (I have done folk songs in it but not spoken it in ages).

In other East Slavic countries like Belarus and Ukraine, Russian is worthwhile.

Bulgarian has a lot of words in common and a pronunciation system in common with Russian with only a few minor differences щ=шт, ъ=ether a schwa sound or an u sound. o always=o sound, none of this unstressed syllable=a nonsense. The verb system, particularly the aorist tense is a bit of a bugger, need to have the oarist stem, since there's no way of telling with the first two verb groups only the third group aм/-ям. A lot of the other tenses are nice compound tenses, The good news No cases (yippie!). The bad news; more verb tenses and also definite articles that are attached to the end of the noun. In Bulgarian if you have a phrase with adjectives, the adjective has the definite article tacked on.

The Greek language (Hellenic languages), also distinguish grammatical aspect, but by stem. There's two stems, the present and the aorist. The aorist stem is used to form the 'perfective' tenses whilst present stem is used to form the imperfective tenses. The endings are present and past. There's also the perfect tenses with have (εχω)+past infinitive, equivalent to English have+-ed. Many of the future tenses are simple 'compound tenses' that involve θα or
να+present or aorist.
Top 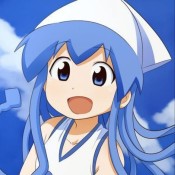 E Irizarry R&B Singer wrote: ↑
October 12th, 2019, 2:28 am
I am surprised that such a reprobate such as yourself could comprehend what you've just posted here.

Faggot.
BACK IN IT! || Happier Abroad Discord Server now open!

Great! This is really a nice suggestion. I want to here to tell you about earning the German language. In the European Union, German is the most widely used primary language and an international language in four countries: Germany, Austria, Belgium, and the Netherlands. In Switzerland and Liechtenstein, German is also an official language.
Top
Post Reply
19 posts