This forum and most other international dating sites have an emphasis towards Southeast Asia and Eastern Europe. I love and have dated some Asian-American women, but Latin women can also be really hot and fun. Iâ€™m attracted to light-skinned Latin women, like the examples below. Also, Latin countries/women would make more sense to me for a few key reasons:

1) Logistics: Closer to USA, shorter flights
2) Economics: cheaper airfares, and Iâ€™m guessing cheaper to vacation in or temporarily live in Latin American countries
3) I speak conversational Spanish
4) Iâ€™m a white American guy, but I have dark hair (sort of a black Irish look) and have been mistaken for Hispanic by Hispanic people themselves. I could blend in better and not look so obviously foreign. I wouldnâ€™t visually stand out from Hispanic women so much and then wouldnâ€™t have to take the criticism/hate that white men face when they date asian or black women. Itâ€™s nice if one can avoid all that interracial dating hatred that seems so prevalent throughout America and certain other countries.
5) Part of my family is Hispanic, so if I find a serious girlfriend I could more easily acquaint a Latina SO with my family.

Iâ€™m just looking to test the waters right now to start. I have only enough vacation from work to compile a 7-12 day trip between now and the end of the year. My plan would be to meet some women online in a certain area and make a trip to meet some prospects, get laid, check it out a little, etcâ€¦ Could I do this within a 7-12 day trip?

Where are the target rich environments? Iâ€™ve only been to San Juan, PR, which was nice but a bit tourist-y and Tijuana/Ensenada for a few day trips. I have some cultural interest in Mexico and Colombia, but Iâ€™m open to any Spanish-speaking country. Off the top of my head, Iâ€™m guessing big cities like Mexico DF, Guadalajara, Bogota, Medellin, Santiago de Chile, Lima, etc would be the best locations to pay a visit? 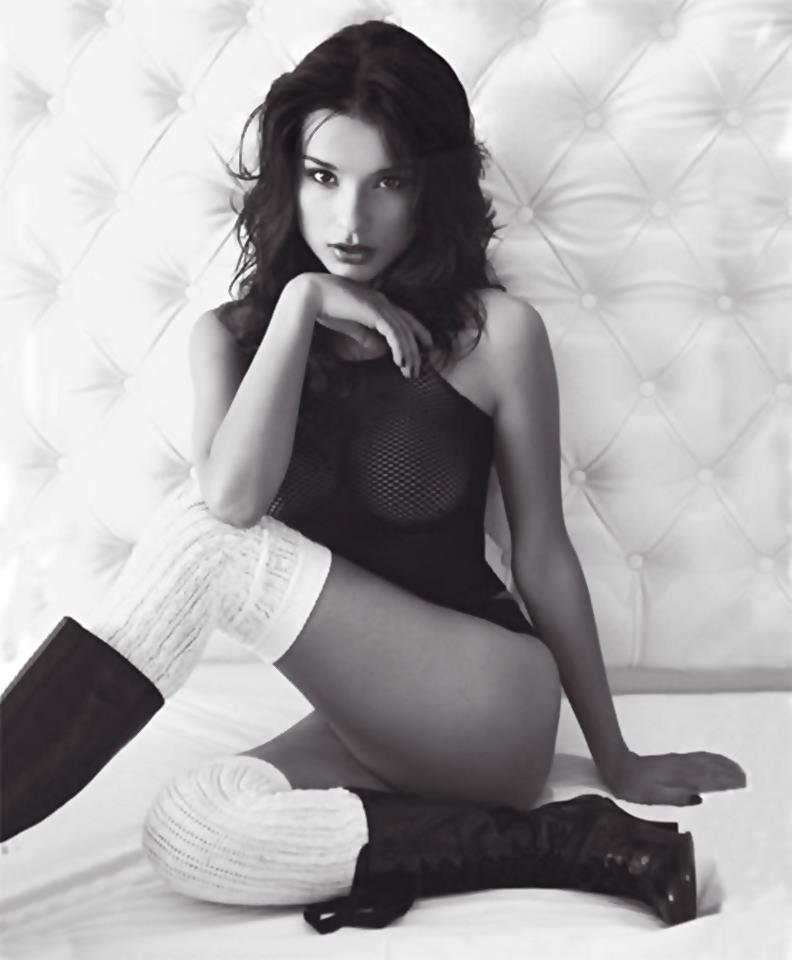 The only Latin country I know well is Peru. Most Peruanas are not really light skinned, however you can find women like the ones in the pictures you posted there as well. Most upper middle class and upper class Peruanas are white (or mostly white). You can find the highest percentage of lighter skinned women in the more upscale areas of Lima (Miraflores, San Isidro, etc.). You can also find them in the smaller cities, especially in the north (Trujillo, Chiclayo, etc.) however they are more rare there.

Take a look at these pictures from an upscale disco in Lima:

Now I do have to say that these women may not be very easy to date. They usually have money and are not really looking to leave their country. Also a 7-12 day trip will obviously not be enough time to find a good girl for a serious relationship, especially not one of the light-skinned Peruanas with money. You will have to spend a lot more time there.

I think the country with the highest percentage of European-looking latinas is Argentina (and maybe also Uruguay). Colombia also has a fairly high percentage of more Spanish/European looking women based on what I have heard. However, I have never been to those countries so I can't say much about them.
Last edited by chibolo on July 10th, 2014, 12:56 pm, edited 1 time in total.
Top

I suggest private dance lessons in Medellin daily for one week. Puts you around upscale hot body teachers, gets you dressed, ready to meet. And gives you a "reason" to be there, however thin.

Also you can pipeline with ColombianCupid.

Or there's Guadalajara, lots of White-Latin hotties there too. Use MexicanCupid.

Keep us posted.
"Well actually, she's not REALLY my daughter. But she does like to call me Daddy... at certain moments..."
Top

Jester wrote:And gives you a "reason" to be there, however thin.
Keep us posted.

Agreed, target Mexico, Colombia, Peru, or Argentina. Avoid Ecuador (personal experience), Bolivia and Paraguay. Can't make any definitive statements about Central America, but from what I can tell, outside of Costa Rica or Panama your pickings will be slim.

I've only been to DF and Ensenada, but I LOVE DF and can vouch for it. Lots of things to do, malls, all that.
Top

I suggest private dance lessons in Medellin daily for one week. Puts you around upscale hot body teachers, gets you dressed, ready to meet. And gives you a "reason" to be there, however thin.

Also you can pipeline with ColombianCupid.

Or there's Guadalajara, lots of White-Latin hotties there too. Use MexicanCupid.

What is the best strategy to use online before I go there and meet these girls in person? Do I need to be messaging them for several days/weeks? Do skype?

I am not necessarily looking for a serious girlfriend, just wanna test the waters a little first >>> meet/sleep with some hot women, practice my Spanish and explore the local area and culture while I'm there. I could only do a 10 day trip more or less at this point. I'd have to resign my job if I wanted to pull a Roosh and spend several months scouring through Latin America looking for a gf. I've been planning to get out of my job and find a better one in the near future anyways, so that is a possibility, but right now just want to check it out some and even for that I'm at least a few months out; plan to hit my Spanish hard and brush up, research these locations some more, ramp up the online dating, etc.

The dance lessons sound like a great idea! I love music and I've been wanting to learn salsa, tango, etc anyways. What other styles are good to meet women?
Top

fightforlove wrote: The dance lessons sound like a great idea! I love music and I've been wanting to learn salsa, tango, etc anyways. What other styles are good to meet women?

Tango isn't really popular in most of Latin America. The main dance styles that people dance almost everywhere in LA are: merengue, salsa and now also reggaeton/perreo. Most countries also have their own unique dances. In Peru the most popular dance style, for example, is cumbia, a style that comes from Colombia originally, but Peruvians have made their own unique version of it. In Colombia they dance vallenato, which isn't really popular in other Latin countries.
Top

Re: Thinking about Visiting Latin America

Go for Latin America, but here's the breakdown:

-- very colorist (i.e. you must look like colonizers or be super hot if you're brown-looking and if you are Negro, then the best that you can do is get a hot Mixed girl as mudsharking is even less common in a lot of areas of Latin America than it is in North America)

-- very size-ist/weight-ist (e.g. they laugh and jeer at out of shape &/or "abnormally" tall people (especially if you're outside of Brasil but they don't do it as much in Brasil as in the Hispanic parts of Latin America.)

-- very classist (e.g. they analyze how you dress, how well you speak the local dialect, how you style your hair, what music you listen to...if it's J.Balvin and/or Bad Bunny, you better look thin, young, and White as possible even if you look Mestizo)

-- bonus pt. II -- "malhao, malhao (workout in Brazil)" and all of these out of shape Black American men going to Rio for women need to wake up and realize that outside of paying for a 'garota de programa' from the puteiro (whorehouse in Brazilian Porto), he's not getting hot looking women for free or next to nothing. No way. Tinder is very shallow in Brasil nowadays thanks the defunct of Orkut (which segued online Brazilians to FAcebook and Instagram which now the whole world tells them how hot they are and have a blown ego about....) and a blown ego from having two Olympics in Brasil in the last few years changed a lot of sh.it....having a first female head of state (although she trashed the Brazilian economy under her administration that she had to bow down before the end of her tenure) So the Nine and Half Weeks Mickey Rourke Rio days are long gone. No more Club Help days. Changed, changed, changed. Same with Hispanic areas of Latin America: "hay que hacer ejercicios" (Gotta work out) and you will have to pay through the wahzoo for gran putas at casa de putas there too. Almost the same in mentality as in Brasil, just different language and different local dialects accordingly. They shut down El Maestra in Machala, Ecuador several years ago, and that used to be the place to get cheap hairy p***y in Latin America.
Top
Post Reply
8 posts • Page 1 of 1