Anybody here been to S. Africa? I have. Looks just like California except that the driving is on the left and there's a lot of Dutch influence there ( duh).

This may be an alternative for lots of American guys ( particularly Caucasian and African-American) to find people from a far less corrupt ( or culturally different) country than Ukraine or the Philippines.

There's not much of a language/culture barrier. The people are far more honest. You will be bringing home a bride that looks like most Americans ( except that she is not fat), who speaks English with a lovely colonial accent and who will fit right in. Many will also be happy to get out of there. It's also very cheap now and the people are really friendly and intelligent.

What does everybody think?
A brain is a terrible thing to wash!
Top 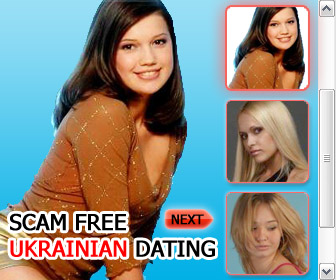 Never been there. Had a coworker from there once. Do you think the white women there are any better than anglas though?
Expatriation Ragnarok
Make the most of going abroad while you still can.
Expatriation Ragnarok - Paperback
PM me to become a member of the Happier Abroad Support Network.
Top

Apparently, some people say they are not as bad. Why not give it a shot? Maybe you can even get a Boer girl- these are very religious and almost Puritanical. Dutch/Flemish/German/ Swedish/French descent.
A brain is a terrible thing to wash!
Top

ladislav wrote:Apparently, some people say they are not as bad. Why not give it a shot? Maybe you can even get a Boer girl- these are very religious and almost Puritanical.

I'm an expat back an forth between Southern Africa and UAE.
A shrewd person would've asked the local men (black and white) about the dating scene in South Africa.The people are getting westernized, did you see how modernized the big cities were?
Boer girls or Afrikaner girls (white girls), basically are part of the elite; the wealthy and the powerful people, Afrikaner girls are very racist and materialist. Did you notice interracial South African couples? Probably the ones you may have seen weren't locals. Afrikaner girls marry strictly with their own race. Most black and mixed girls worship white men.
The issues with south Africa are:
1-There's still a division among the ethnic groups
2-Racism is still alive and well
3-The elite basically controls most of the country
4-Cliques is a reality (see 1)

And for heaven's sakes, just because it is a 3rd world country doesn't mean the women are decent, they might be a replica of their western sisters.
http://femalesexposed.tumblr.com
Top

But one can date black girls there, and also, some Anglo- American guy could date the local Anglos there. How about people of Dutch descent/Germanic descent from the US dating Afrikaners? Has that been done?
A brain is a terrible thing to wash!
Top

There is high amount of HIV in South Africa...something to think a bout.
Top

Charlize Theron, the actress, is a direct descendant of the Afrikaners' greatest war hero:
http://www.youtube.com/watch?v=m3TTi_gAS5c


Re HIV, it is not a problem among the middle class White girls in South Africa, that's for sure. And if you're dating Black girls there, you can easily and WITHOUT BEING SHAMED, ask for and find virgins only. No HIV.

Re snobbiness, Afrikaner women there are NOT all "upper class" in the sense of being spoiled.
http://www.youtube.com/watch?v=XTUsKw515Eg


They ARE cliquey though. If you play rugby, you get an INSTANT social circle.

And PandaBear I think) posted this on my "Videos That Make Me Happy" thread:
http://www.youtube.com/watch?v=LQVa3isBt8Y


But... as I was told by a chat buddy from RooshVForums, who lives in SA with his bisexual Thai gf, the real dating opportunity in SA would be among mixed-race girls who are part-Afrikaner, part Black, part of modern society. They are dating "up", you would have serious status.
Top

I have an online pen pal that is a young woman from South Africa. She is really nice,down to earth, and smart. She is also exotic looking and very pretty... She is half white and half black. Afrikaans is her native language but she speaks English pretty well. Although I will say that our different cultures and languages have created some misunderstandings.She has taken some of my humor the wrong way and got really offended but she got over it and forgave me after I explained things. I don't know any other people from SA but based off of my experiences with her I would say SA women are worth checking out.

Looks great Aubrey Looks like the 4 link font end is going to clear the tranny just perfect..How about a nice side view pic with the body on the chassis?
Top
Post Reply
9 posts • Page 1 of 1