Although Madagascar is off the coast of Africa, many of people are of the Malays stock ,same as Filipinos

Here are the women:

Might be worth exploring
A brain is a terrible thing to wash!
Top

ladislav wrote:Although Madagascar is off the coast of Africa, many of people are of the Malays stock ,same as Filipinos

Here are the women:

I've followed it on some forums and seen a lot of photos. And I've seriously considered going there and would still like to. Here are my thoughts:

1. Its not user friendly like Phils. I believe flights there are generally quite expensive, even off the south-east coast of Africa (reminds me of short US$400 return flight from Beijing to Ullan Bator). Its a damn big island with terrible infrastructure so getting around from place to place is not easy. And French is more useful than English.

2. There's a significant amount of sex tourism involving westerners in several spots including some under aged girls. The government recently cracked down on all sex tourism so if you get in anyway involved in P4P, you need to check with local expats to find out what is and is not risky as far as police and jail are concerned.

3. From the photos I've seen, I believe there is a much higher percentage of sexy and attractive girls there than in Phils based on my personal tastes. Perhaps there has been some mainland African blood thrown into the mix which has given women a sexier body type?
Top 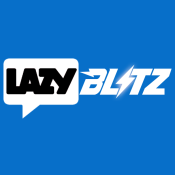 I feel the same about tou for 1. and 2. also I have heard first hand horror stories about crimes and sfams: not safe.
Lazy Blitz, a Storm of Openers!
Sending first messages to thousands of online dating profiles automatically with just one click

Interesting predicament to be sure. They should definitely not return, I certainly hope Madagascar gets its shit together and are able to put an end to the raping of their natural resources <-----Says the American.
Top
Post Reply
4 posts • Page 1 of 1