Have any of you noticed these traits in Singaporeans?

Have any of you noticed these traits in Singaporeans?

First of all, I have not been to Singapore yet. I will be speaking from my experience with Singaporeans back in Beijing. As you all know, Singapore is a small city-state that's one of the world's economic powerhouses. It's soulless, conformist, and workaholic, not much different than any country in the Anglosphere. Perhaps Singapore may qualify for the Anglosphere because the nation's primary language is English and it is a former British colony. Since their little place is all about money and education, the lives of Singaporeans revolve around these two things. I guess they have been trapped for so long at the tip of a peninsula that even when they leave the country they are still some of the most narrow minded people.

Some traits I've noticed in Singaporeans are:

1. Victim blaming mentality: I'm certain that I ain't the only one to notice this as their neighbors the Malaysians are keenly aware. If something happens to you and you tell a Singaporean, 90% of the time they will think you are the problem. It's ingrained in their way of thinking that if something bad happens the victim is automatically to blame. Other times they may pretend to "care" but through constant criticism and belittlement, making your day even shittier.

2. Narrow mindedness: It's true that you guys are the most developed nation in Southeast Asia. It's true that you guys have a flourishing economy and one of the highest ranked education systems. However, do you know that some of the world's most "developed" nations are also some of the unhappiest places on earth? Singaporeans, you don't have to hide it. I know that you all feel angry at the world for being put on a crowded island just slightly bigger than Chaoyang District, trapped in the middle of Malaysia and Indonesia. I know that you likely grew up being told that the only goals in life are to have a good education and having a career that makes good bucks. Without these you cannot marry a good woman which means no family, no kids and so on. This programming has brainwashed Singaporeans to the point of almost completely stifling their capacity for creativity and living life with passion. I don't know how many are aware of their conditioning, but aware or not, it is nearly impossible for them to escape from it. Singaporeans seem to only care about the practical and tangible. They may have their own philosophy of life but most of the time success and "achievement" are the core elements. If you try to open them up to the field of intellectual / spiritual pursuits and possibilities they will be quick to dismiss you as naive and overly sensitive.


3. Arrogant: Singapore's society is based on money and status, so it's obvious that people measure the quality of their own lives and judge the quality of others' lives by possessions. Singaporeans can go on endlessly talking about what they have and what they plan to purchase next. Is there any difference between them VS. Americans, Canadians, and Brits? I can say the same about Hong Kongnese in this regard. If we gather all the negative traits of Hong Kongnese, Singaporeans are 1.5 to 2 times as bad.

4. Self-Righteous: Singaporeans have inherited the British system of etiquette along with Chinese customs and traditions. On the surface they are so polite and respectful that it feels tense when I'm around them. However, once you know them better you will notice how hypocritical they are, constantly telling others how to behave and deal with their problems while failing to realize that their own behavior gets on my nerves and that they themselves would not fare much better in many trouble situations.


5. Kiasu (afraid of losing): I had a Singaporean classmate that would tell me in a preachy tone on how incompetent I am at everything, while all he did when he failed at something minor was swear and rant as if the whole universe should have felt sorry for him. The 'kiasu' mentality is at the core of why Singaporeans are so immature and constantly need to flaunt their egos.
CYKA BLYAT!!!!!!
Top 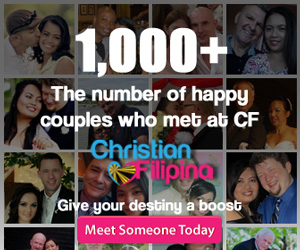 What do you expect from a place whose population descend from the money obsessed southeast Chinese coastal province of Fujian?
Top

Richardrli wrote:What do you expect from a place whose population descend from the money obsessed southeast Chinese coastal province of Fujian?

This. Singaporeans are mainly of Fujianese ethnic stock so they are not that different than their kin back in China and Taiwan.
Despite what Malaysian 'Chinese' and Singaporeans say about how different they are from each other, they're like two peas in a pod.
Top

I used to hang out with a Sinagporean friend in Jakarta. He spoke English, if you can call it that with his accent. He didn't have one of those nice almost British accents. He was very money-motived. Another Indian Singaporean friend of mine does not seem very money-motivated, but that probably has a lot to do with his faith.

I've been treated rudely for not knowing exactly what I wanted at an electronics place in Singapore. I thought about returning after I had bought something and telling him I shopped elsewhere because he was rude, but it wasn't worth the trouble.

When I lived in Jakarta, a trip to Singapore was a nice time to eat a Burger King, Long John Silvers and to drink Icee's.

I suppose you could find a good wife in Singapore. It wouldn't be at the top of my list for best places to find a wife. Many women tend to be career oriented and the government has to nudge people to encourage marriage.
Top
Post Reply
5 posts • Page 1 of 1