asians dont hate asian americans. they hate imperialist asholes. gary locke and steven chu are scum bags who are trying to harm China. they represent their imperialist masters in wall street. no one in their right mind would like these people.
Top

ALIBABA wrote:asians dont hate asian americans. they hate imperialist asholes. gary locke and steven chu are scum bags who are trying to harm China. they represent their imperialist masters in wall street. no one in their right mind would like these people.

True. Very true. Anyone involved at the highest levels of the U.S. government is a tool of the elites and bankers, for sure!
Top

This is true. I don't know many, if at all, Asian Americans who fit in Asia, esp NE Asia.

Like I said, an Asian American doesn't have a place there. He is not really a local or a foreigner there, and doesn't belong in either category. Asians in Asia are expected to act a certain way - reserved, modest, group oriented - and most Asian Americans don't act that way and don't want to. If they act like a Westerner, it looks odd and other local Asians don't know what to do about it.

That's why when I speak English in Taiwan, I get looks of shock and surprise from people around me. They don't expect it. This means that I can't be myself there, whereas in America, I can speak English and it will not shock people. It's just weird all around when you can't be yourself, speak English or act like a Westerner without shocking people.

No wonder Asian Americans don't like living in NE Asia.
Check out my FUN video clips in Russia and SE Asia and Female Encounters of the Foreign Kind video series and Full Russia Trip Videos!

Winston wrote:This is true. I don't know many, if at all, Asian Americans who fit in Asia, esp NE Asia.

I actually feel like I fit in China though, especially the more laid-back rural areas. So in a sense I might be more like Momopi.
Catalogue of Falcon's threads and posts
Top

If I were to move to East Asia, I am NOT living anywhere near this: 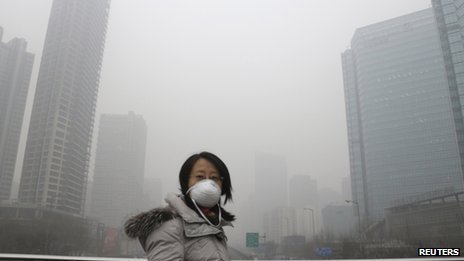 That is not fog. That is smog.

that's how they are in asia. this is coming from an east asian immigrant who's not as ignorant.

they expect asian americans to "remember their ancestors", when people like me were pretty much reject there or have suffered some forms of abuse when they were in asia. you don't get respect if you don't earn them, and it doesn't matter if we share the "same blood". east asians seem to have serious problems understanding this basic concept. smh...that's all i can say when i take a look at the sick shit east asians call it their culture.

to all the american born or raised asians out there, my advice to you is this:

i know that many of you might been through a lot of bullshit, but just do this. instead of getting good grades that you know you do it just to prevent another whip mark and please your parents anyways, try to be as independent as possible and shake your family off. after that, just live your life man and don't try to fit in with east asians. if you hate the way how your family is, the chances are you'll never gonna fit in.

and if you moved to america as a school-aged child, DO NOT try to reconnect with people you know back in asia. once they see how much you changed, they ain't gonna like you.

remember, east asians are very clannish and can be somewhat rigid when it comes to their "own blood". if they sense that you're becoming different from them or what they expect you to be, no matter if it's a good or bad change, they gonna view you as some kind of sell out or "bad". they don't even use their common sense much when it comes to this. that explains the child abuse...they don't even discipline their kids like they're their kids, and more like something from gizmo or an extremely hardcore bdsm tape. they simply forget that WE are also THEIR PEOPLE, but hey since they don't give a f**k, i don't, feel what im saying?

but with that been said, don't simply reject all east asian fobs. occasionally you might see some diamonds covered in dirt. use your common sense, that's the key. oh yeah and don't act like you're above them somehow and get all cocky and snobbish and shit. nobody like that shit, including you, right? this also works that way for them.
Top
Post Reply
7 posts • Page 1 of 1