Alexis de Tocqueville came to America in 1831, it was his opinion America women were superior to European in many ways.
http://xroads.virginia.edu/~hyper/DETOC/ch3_12.htm
WWII American women hard at work, it would have been inconceivable to any guy that he would have to look outside America to find a woman. The last thing any guy would have though is American women were somehow deficient or inferior. This was before the welfare state and obesity epidemic took hold some decades later. 2015, this is what a guy gets today, no wonder he wants to go elsewhere. 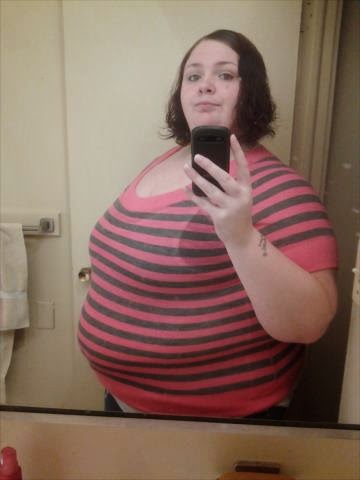 A fat obese chick goes to the doc, she feels depressed and anxious. She is anxious because she has a lousy diet and is worried about being so fat, hey a good thing maybe she will do something about it. But no she gets drugged so she wont do anything about her problems and mindlessly gorges herself with even more donut holes. Another problem is the prescription drug epidemic like xanix, klonopin, ativan. This prescription stuff is worse than street drugs, a real crack-head zombie nightmare.
משה בן יצחק
Top

Find Your Foreign Sweetheart! Check out our Dating Sites and Overseas Romance Tours!

manly5000 wrote:Which would you guys say are more nympho.... Filipinas or Latinas?

Filipinas and Latinas both what their doing in the bedroom, you can't lose. Filipinas have a smaller v****a but Latinas have bigger breasts, it just depends what you like the most.

You can find a Filipina with a nice rack, though not a huge one. Personally, I don't need a woman who looks like a Playboy centerfold.
Top

I really love this article!!! It shines the light of truth about foreign brides. It is amazing to me that the our government allows for millions of so-called "undocumented" immigrants (illegal aliens ) into this country flooding our hospitals, jails/prisons, getting in-state tuition at our colleges, operating vehicles without a driver's license, taking jobs in both unskilled and skilled labor, etc. This problem cost the U.S. taxpayer billions of dollars every year. While certain industries such as agribusiness, hospitality, meat packing, construction, landscaping, etc. benefit enormously from that type of labor by paying very low-wages and no taxes.

But yet if a decent man is wanting to find and bring a foreign bride back to the U.S., you have to jump a whole bunch of hoops just to get her here!!! Then there is the mainstream media and talk shows telling mostly negative stories about foreign brides by portraying the men as exploitive and the women as victims or scam artists. Now while some of this is true, I really think the REAL reasons behind this propaganda against foreign women are the following:

1.) American women/feminists DO NOT LIKE COMPETITION!!!! For there are thousands if not millions of beautiful women from all over the world who are young (and who are open to marrying much older men), slim/slender, feminine, sexy, attractive, pro-family, marriage-minded, etc. that these American men can choose from, while there is very little demand for American women from foreign men.

2.) American women/feminists DO NOT LIKE TO LOSE THEIR POWER OVER MEN!!!! In today's America SINGLE MEN OUTNUMBER SINGLE WOMEN MORE THAN TWO TO ONE!!! This means many men have to compete for few women. Thus making many of today's American women are very picky, entitlement queens, spoiled, playing mind games, etc. These women know some men are so desperate that these guys (WHITE KNIGHTS, MANGINAS, and SIMPS) will do anything to "chase skirt" and vagina!! So they use it to their advantage by manipulating them !!!!

3.) American women/feminists DO NOT LIKE TO LOSE OPTIONS!!! Most American women LOVE ATTENTION!!! If it becomes known that more men will seek out foreign women instead of THEM, some women fear they may not have a future man to marry. Not to mention, when these men travel to foreign countries to find love some of them EXPARTIATE THEMSELVES there. Some examples of this includes of men moving and/or retiring to the Philippines, Costa Rica, or Black American men going to live in Brazil.
Top

IraqVet2003 wrote:2.) American women/feminists DO NOT LIKE TO LOSE THEIR POWER OVER MEN!!!! In today's America SINGLE MEN OUTNUMBER SINGLE WOMEN MORE THAN TWO TO ONE!!!

How is the possible? Did some things happen I didn't know about when I wasn't watching the nightly news that severely affected population demographics in the US? Was there a plague that wiped out single women? Or did a lot of men start practicing polygamy in the US? By 'single' do you mean without a boyfriend or girlfriend? Do most women share a boyfriend with other women? Or did women import husbands and boyfriends on a massive scale? I was under the impression that the difference between the male and female population was rather small. Since we have monogamy (or serial monogamy) for the most part in the US, then I don't see how your numbers can make sense, unless you are excluding divorced men or women.
Top
Post Reply
19 posts