Do I look like a Man with a plan?

Introduce yourself here and let us know who you are.

Do I look like a Man with a plan?

So I am finally making my introduction after years of planning am finally making my official introduction. I first came here after wondering the net for such information probably about russian women and its mail order bride stories. Fell into happierabroad and quickly liked winston who not only had actual videos, fotos, and journals but gave tons of great advice. He opened my mind complelely to what was a boring existance to the dumbdowned american life. I started browsing the forums and got to know other like minded indiviuals and some counters. What I loved about the site that most of the ideas and thoughts were things I had thought about before but nowhere on the entire f***ing web or the local community is expressed or ever openly thought of. Just repressed. If anybody got caught saying such things they'd probably alienate you. Ive gotten to know winston a lot more and found many views I differ from but that doesnt mean they he didnt create gold and that many of his thoughts arent great. Ive always wanted to read the entire journal but its quite lenghty which is great but Ive never have gotten around to it. Though the censuses that western women are useless, cold, and not worth it preferably an eastern women is something that I tend to believe against, surely their must be some, one, or a few. Though overall they are probably right that doesnt mean that we cant hope that individual western women cant fall off the the sphere. Many of the members in the forum are more interesting and intelligent than Winston which was surprising and appreciated. Most sites you go to you either get banned or black sheeped if you arent on par with the view. That was something I appreciated from the site. what was disappointing about reading winstons trips was that though he was close to success Russia doesnt seem to be the answer so what was promising at first ended up in disappointment. Another divide on the forum is that it cant seem to make its mind on whether its a love site or a whore site. Im sure if many members decided to find the it girl it could be within reach whereas many want to sleep around and claim to look for the right girl but wont result in such practices. From browsing around mostly on the site Ive learned quite a lot from many members. Giving such great advice, many good outlooks, and different prespectives from personal experiences. Many being right that American women are a pill to deal with, Unapprochable, cold, materialistic, want the perfect guy( though being far from it), working in the US sucks, the enviornment is toxic, life is unfilling, the US has tons of false proganda, rights are a lie, friends are back stabbers, women suck in bed, women suck at approaching, women know nothing about love, alimony and child support is f***ed, men should have regularly sex with women without giving their lives away, women want sex as much as men but use sex as a weapon, women are condition to be like this, you'd be better off overseas with a less demanding woman, among many many other great ideas. Winston should be very proud as there is no other site to have such great qualities. Its impossible to find such frankness, informative, and positivity overall on the net. Most of the information is pretty accurate I support. From now I'll be giving more personal accounts on personal experiences. Though for many years Ive thought about going to the nordic side I havent gotten around to fully develop the entire plan. I'd like to migrate to one of these countries Norway, Denmark, Iceland, and netherlands.

Have thought about migrating through education or marriage. Though ain't completely sure since they are tough on new citizenships. In education I have thought about going for a degree preferably in the wildlife department as Ive always loved animals and helping them looking to get a scholarship as a foreign student just to get in and once in switch the plan if needed to a buisness, or working permit by making a buisness or having a job. The second one and easier one would be to marry into residence but that is something I agree with most here that you have will rush into it, miss out on all the great options and fun out there and by jumping with the first that comes to mind your tying yourself too young and probably setting yourself up for misery and failure. I can always just marry and divorce just to get the papers but even that its something I rather not do. From all the options that come to mind those are the best Ive come to think about. If I go on studying not only would I get a degree, it would offset some expenses of just going having free time to roam being around a well range of girls to mix with, and I might get residency if a job falls into my hands. Am willing and ready to take these risks soon if pointed in the right direction.
Introduce a little anarchy, upset the established order, and everything becomes chaos.
Become An Agent of Choas. 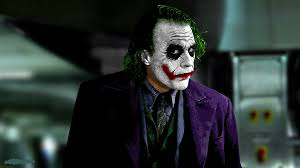 Return to “Introduce Yourself”