Discuss racial, ethnic and multicultural issues. Warning: The topics here are likely to be taboo, so if you are easily offended, you are better off not participating here.

“Black buying power continues to increase, rising from its current $1 trillion level to a forecasted $1.3 trillion by 2017. Black buying power has seen an 86 percent increase since 2000 and accounts for 8.7 percent of the nation’s total. The growth in black buying power stems in part from an increase in the number of black-owned businesses as well as from an uptick in education among the African-American population, which leads to higher incomes.”

Some additional interesting stats from the study that should be considered:

[*]Other demographic segments have identified Blacks as a driving force for popular culture, with 73% of Whites and 67% of Hispanics who believe Blacks influence mainstream American culture.

This has made black males more desirable [*]The Black population grew 64% faster than the rest of the country since 2010, amassing a total of 43 million people; this includes individuals who are Black and another race. 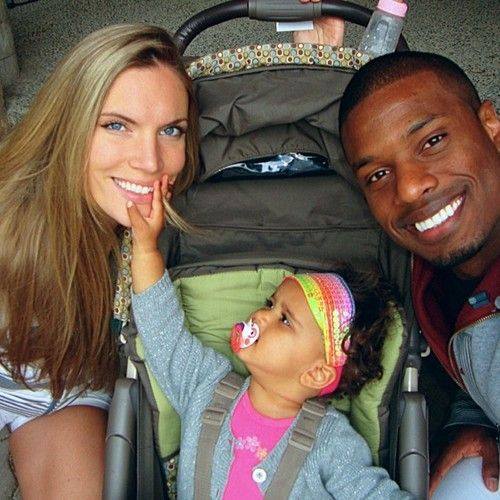 How long before Blacks take over America?

Are you serious or just trolling? From 1990, the black birth rate has fallen faster than any other group. About 77% of black births are out of wedlock. The group on a roll in the USA is overwhelmingly Latinos. In numerous cities around the US, formerly black areas have been transformed to Latino. If anyone passes the white population, it will be Latinos.
Top

MrLee4u wrote: ↑
March 1st, 2018, 11:50 pm
The second fastest-growing racial group was those who claim two or more races, government officials said. The number of people who claimed two or more races grew 3.1% to 6.6 million. This group was also the youngest group of all racial or ethnic groups with a median age of 20 years old.

In fact, the most diverse generation is the nation’s youngest. Census figures show that of those born since 2000, nearly half—or 49%—belong to a race or ethnic group other than non-Hispanic white. In contrast, 44.5% of the millennials—born between 1982 and 2000—did not classify themselves as non-Hispanic whites.

Latinos are are overwhelmingly on the west coast. Blacks have been moving South and East abandoning the west coast. In Cali, the strapped middle class continues to flee bad schools, high taxes, rampant crime, and poor state services. About one-third of the nation’s welfare recipients reside in California. The huge wealth concentrated in the L.A. basin and Silicon Valley have turned the state into a medieval manor of knights and peasants, with ever fewer in between.

About 11% of whites are now getting married to a person of another race. By far, that is most likely to be marriage to a Hispanic or Asian person.
The black birth rate is now about at the replacement rate. Black income is rising, though it lags far behind white or asian income levels and in terms of spending power, Latinos are in second place behind whites and growing fast.
Top

BULLSHIT!
Hispanics and Muslims are the only demographics with a birth rate above replacement levels (2.0)!

NEWSFLASH!
You say: The Black population grew 64% faster than the rest of the country since 2010

Individuals with Hispanic/Latino ethnicity may be of any race. Hispanic origin is treated as an ethnicity, rather than a race. For example, someone who is Hispanic can also choose black and white as his or her races. This is consistent with how the Census Bureau counts people. 63.4% of Hispanic or Latinos in the United States are of Mexican origin in 2015 (that's about 34 million people). Another 9.5 percent were Puerto Rican(lots of blacks), 3.8 percent Salvadoran, 3.7 percent Cuban (some blacks), 3.3 percent Dominican (mostly black) and 2.4 percent Guatemalan. 54.5% percentage of the Hispanic population in the United States lives in California, Florida and Texas as of July 1, 2015. 90% of the Hispanic population of Mexican origin lives in California, Texas, Arizona and New Mexico.

Black income is rising and between 2000 and 2010, the number of white and black biracial Americans more than doubled(2 million), while the population of adults with a white and Asian background increased by 87%(400,000). And during that decade, the nation elected as president Barack Obama—the son of a black father from Kenya and a white mother from Kansas. Now you have to figure out how long before Americans looks more like brazilians

MrLee4u wrote: ↑
March 3rd, 2018, 1:44 am
Tech companies are now systematically dismantling popular conservative voices and they are crying like babies

The Marxists and allied totalitarians will be delighted.
Top

BLACK POWER
$1.5 TRILLION IN SPENDING POWER.
HOW MUCH OF THAT IS WELFARE/ CHILD SUPPORT/ GOVERNMENT MAKE WORK JOBS

MEANWHILE IN AMERICA
UNFORTUNATELY WELFARE CUTS ARE COMING.
http://www.newsweek.com/trump-plans-sla ... -us-771204

LIFE IS JUST A PARTY AND PARTIES AREN'T MEANT TO LAST
https://www.youtube.com/watch?v=rblt2EtFfC4
Top

Unfortunately in 20 years none of this will matter, as people will be receiving UBI.

Terminator: Rise of the Machines.
A good man is above pettiness. He is better than that.
Top

Dear MrLee4u,
You Say: Unfortunately in 20 years none of this will matter, as people will be receiving UBI.

People have been losing jobs to MACHINES SINCE THE INDUSTRIAL REVOLUTION!
The Industrial Revolution began in Britain in the 1700's and from there spread to other parts of the world. And there are more jobs today.

JONNY LAW ENGLISH LESSON OF THE DAY!
UBI or Universal Basic Income
UBI IS COMMUNISM
And Communism does not work
The collapse will happen!
https://www.youtube.com/watch?v=VjZS7ynrzkU
Top
Post Reply
12 posts • Page 1 of 1