Winston Wu - About Me Page and Links 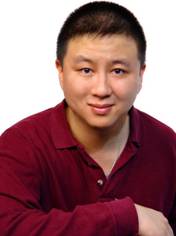 Winston Wu is considered by his fans and friends to be arguably the most Freethinking Asian in the world, and possibly of all-time as well. He is an Asian American Writer, Expat, Traveler, Philosopher, Truth Seeker and Internet Entrepreneur. Born in Taiwan, he emigrated to America when he was 3 years old and grew up in the San Francisco Bay Area. In 2002, he began making trips to Russia and Eastern Europe. Then in 2006, he moved to the Philippines and now spends most of the year in Asia, living between Philippines, China, Thailand and Taiwan. He is founder of two one-of-a-kind movements and successful websites: Happier Abroad and SCEPCOP, and author of several books on Amazon.com.

Winston Wu is unique in a number of ways. He runs two unique online movements that are the first of their kind:

Winston Wu is a leading pioneer in the Global Dating Movement and considered the intellectual champion of the movement. He operates one of the largest International Dating Forums in the world (if not the largest) and has been featured in radio interviews and podcasts. Wu is publicly known as an outstanding Freethinker, Champion of Truth, and Debunker of BS Propaganda -- a quality extremely rare among Asians. With a high level of awareness and propensity to think outside the box, he has written many Articles and Books containing bold insights, taboo truths, awakening solutions, wise advice, and politically incorrect but accurate cultural comparisons and observations which other people do not dare make.

Due to the success and popularity of his websites, Mr. Wu makes a living from them via passive income, which allows him the freedom to travel, develop himself, and help others. His dream is to travel the world and have adventures, experiencing the treasures and wonders of the world.Wu believes that his calling is to help unhappy lonely misfits in America find a better life andd love abroad, and also to liberate and awaken people from fear and enslavement. He lives by the philosophy that new experiences are what enrich and create meaning and special memories in life -- whereas long-term settled routines lead to only time passing by without meaningful lasting memories. As such, he advocates that one should not live in a state of fear consciousness (which many societies condition their citizens into to keep them weak and obedient), but in a state of conscious awareness, so that one can follow their passions and allow new possibilities to come into their life. In this way, one is free to make smart choices from a state of awareness to live the life one truly wants, rather than conform to others' expectations.

Among his passions and interests are: writing, traveling, culture, museums, theatre, the arts, romantic places, instrumental music, classical music, medieval/renaissance music, 80's music, chess, history, philosophy, spirituality, metaphysics, paranormal studies, alternative research and ideas, meeting interesting people, having deep meaningful conversations, hiking, nature, exploring national parks, tennis, ping pong, swimming and martial arts. Mr. Wu currently resides in multiple countries, such as Philipppines, China, Thailand and Taiwan, while traveling and managing his websites and generating passive income online from them. He is having a great time meeting and dating women in several countries, but has not found "the one" yet.

Below are key links to info and content about Winston Wu.

Books and Ebooks by Winston Wu

Quotes and Praises of Winston Wu

Quotes from Fans who call Winston Wu a ?Hero, Inspiration and Legend?

Quotes about Winston Wu being "The Most Unique and Freethinking Asian?

Back to Happier Abroad